It was October 2007 and Larry Gordon May plead guilty to his role in a massive nursing home fraud. Today he received his sentence – 4 years in federal prison. 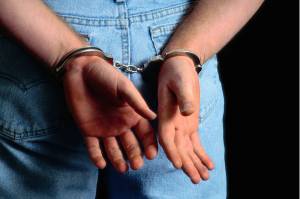 Larry Gordon May, a resident of Texas, became president and a controller of various nursing home entities and staffing/payroll companies without any previous experience or knowledge of licensed nursing home operations or responsibilities.

Ewing and his coconspirators, using the names of sham corporate entities, obtained control of 70 licensed nursing facilities with thousands of patient beds and thousands of employees. In order to acquire control of these facilities, Trebert, Ewing and May used false statements and false and fraudulent documents, including Applications for Nursing Facility License and Medicaid Contracts, Medicare Federal Provider Enrollment applications, ownership documents, IRS Employer Identification Number applications, Health Insurance Benefit Agreements, and Electronic Fund Transfer forms. Their falsifications included falsely identifying relatives as owners, operators, and managers of the nursing homes on the applications; failing to disclose staffing/payroll companies on nursing home applications; failing to disclose Ewing and May as the true owner/operators of nursing homes; and forging names of individuals on filed documents to divert responsibility away from the three defendants. They used the false statements and documents to hide from HHS, state licensing and Medicaid agencies, and the IRS, the true control and management of the nursing facilities, their responsibility for more than $200 million in money derived from the nursing homes, and their responsibility for the nursing facilities’ residents.

May testified at the Ewing trial that during some of the periods covered by the Indictment, he was making $10,000 to $25,000 per month for doing little more than signing documents, including tax returns, and taking tax returns to England to mail back to the IRS in the U.S. More than 150 sham staffing/payroll entities, many with foreign business addresses at drop boxes in England and Austria, were created to file Form 941 employer withholding tax returns with the IRS, preventing the IRS from assessing and attempting to collect more than $34 million of unpaid payroll tax liabilities from Trebert, Ewing and May, and creating the appearance that these sham staffing/payroll entities employed more than 4500 nursing facility employees, when they did not.

At the sentencing hearing May contended, was he merely a bag man — a pawn in a labyrinthine conspiracy conducted by more sophisticated men who wished to defraud the Internal Revenue Service and U.S. Department of Health and Human Services? But, U.S. District Judge Terry Means said, “You’re either gullible or willfully blind.”

While May received a sentence well below the 70 to 87 month range suggested by the sentencing guidelines, he was acknowledged the least of the players in this massive fraud.

Comments: Every choice has a consequence! You cannot avoid the consequences – you do reap what you sow. Larry Gordon May will report to federal prison on June 2nd for an experience that will be life changing. Some who have followed the series of blogs about May, Trebert and Ewing might infer that a sentence below the sentencing guidelines for May is an indication of what is to come for Ewing and Trebert. Wrong! I predict that both will get sentences substantially longer than May. In fact, Trebert’s has been negotiated to 8 years. Ewing elected a jury trial and was found guilty quickly and, I predict, that he’ll get the longer of the sentences for his lack of cooperation.

This entry was posted on Wednesday, April 30th, 2008 at 8:07 pm and is filed under Choices and Consequences, Fraud Pure and Simple, IRS Tax Issues, prison, Tax Fraud, white collar crime. You can follow any responses to this entry through the RSS 2.0 feed. You can leave a response, or trackback from your own site.