Every choice has a consequence.  As a business ethics and white collar crime speaker, I address groups every day who elect to be reminded about this fact.  In this case, Stephen Lee Turpin, of Pearland, Texas has been sentenced to the statutory maximum penalty for his involvement in multiple “Ponzi” schemes which resulted in over $2 million in losses to several individuals. 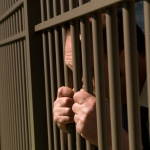 Turpin, 53, was sentenced to 60 months in federal prison, the statutory maximum penalty, for conspiring to commit wire fraud and mail fraud. Turpin was convicted in May 2007 after pleading guilty to the charge.

In the scam resulting in the highest loss to an individual investor, Turpin, 53, convinced a Pearland woman to open a bank account in Zurich, Switzerland, and to then transfer $1 million from that account to a bank account for the supposed purpose of participating in a “high-yield European bond trading opportunity.” There was no such investment opportunity and Turpin netted $800,000 of the $1 million, which he used to purchase two houses and to support an extravagant lifestyle.

In addition to the $1 million loss in the “European bond trading” scam, between March 2003 and March 2005, Turpin convinced several other individuals to invest sums totaling over $1 million in various other fictitious enterprises, including entities allegedly engaged in entertainment promotion, the sale of novelty items at music venues, the construction of donut shops and the sale of flashlights in China. Turpin was able to continue obtaining investors in these wide-ranging fictitious enterprises by obtaining funds from new investors and providing a portion of those funds to prior investors with the representation that they were profits from their investment. Turpin was not in fact engaged in any legitimate business opportunities and was simply scamming those he approached with these “investment” opportunities. Turpin executed his “Ponzi” scheme between [dates] and targeted investors in the Houston area.

The question for this blog is what motivated the behavior?  While I am not proud of it, I, too, was guilty of a ponzi scheme.  For a fraud to exist there must be three components: (1) need; (2) opportunity and (3) rationalization.  In my case, “need’ existed due to too much debt.  I was over extended and underfunded.  Perhaps, in retrospect, the need started from something much deeper.  My guess that this is likewise true in Turpin’s case.

In addition to the prison term, United States District Judge Vanessa Gilmore ordered Turpin to pay over $2.1 million in restitution to the victims of his fraudulent schemes. Lastly, Judge Gilmore ordered Turpin to forfeit several assets purchased with fraudulently obtained proceeds, including two houses and a 2003 BMW Z-4 Roadster. The United States Marshals Office is in the process of liquidating those assets for purposes of making those funds available to the victims.

Turpin, who has been in custody since April 2007, will remain in custody to serve his sentence.

This entry was posted on Sunday, October 26th, 2008 at 6:59 pm and is filed under Business and Personal Ethics, Choices and Consequences, Fraud Pure and Simple, legal, prison, white collar crime. You can follow any responses to this entry through the RSS 2.0 feed. You can leave a response, or trackback from your own site.