Every day there is more news about the sagging economy.  Banks being considered for nationalization.  Companies contracting and downsizing.  Workers being laid off.  It’s hard to find the bright spots as there seems to be no light at the end of the tunnel.

But – every choice has a consequence – and the consequences we are living in today had a beginning with choices that were once made in good faith.  The more I research the more I find that is isn’t the banks who are totally at fault or greedy wall street tycoons.  Rather, the problem started with government pressure or direction.  Encouragement by our own federal government, coupled with shareholder profit pressure, created the momentum that has now turned into disaster. 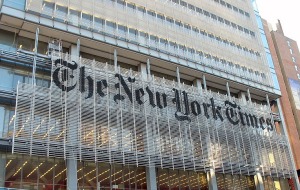 The following is an article written by Steven A. Holmes for the New York Times on September 30, 1999. (copyright New York Times 1999)  A portion of the article is reprinted here:

In a move that could help home ownership rates among minorities and low-income consumers, the Fannie Mae Corporation is easing the credit requirements on loans that it will purchase from banks and other lenders.

The action, which will begin as a pilot program involving 24 banks in 15 markets — including the New York metropolitan region — will encourage those banks to extend home mortgages to individuals whose credit is not generally not good enough to qualify for conventional loans.  Fannie Mae officials say they hope to make it a nationwide program by next spring.

Fannie Mae, the nations biggest underwriter of home mortgages, has been under increasing pressure from the Clinton Administration to expand mortgage loans among low and moderate income people and felt pressure from stockholders to maintain its phenomenal growth in profits.

In addition, banks, thrift institutions and mortgage companies have been pressing Fannie Mae to help them make more loans to so-called supprime borrowers.  These borrowers whose incomes, credit ratings and savings are not good enough to qualify for conventional loans, can only get loans from finance companies that charge much higher interest rates — anywhere from three to four percentage points higher than conventional loans.

“Fannie Mae has expanded home ownership for millions of families in the 1990’s by reducing down payment requirements,” said Franklin D. Raines, Fannie Mae’s Chairman and Chief Executive Officer.  “Yet there remain too many borrowers whose credit is just a notch below what our underwriting has required who have been regulated to paying significantly higher mortgage rates in the so-called subprime market.”

Demographic information on these borrowers is sketchy.  But at least one study indicates that at least 18 percent of the loans in the subprime market went to black borrowers, compared to 5 percent of loans in the conventional market.

In moving, even tentatively, into this new area of lending, Fannie Mae is taking on significantly more risk, which may not pose difficulties during flush economic times.  But the government-subsidized corporation may run into trouble in an economic downturn, prompting a government rescue similar to that of the savings and loan industry in the 1980’s.

“From the perspective of many people, including me, this is another thrift industry growing up around us,” said Peter Wallison a resident fellow at the American Enterprise Institute.  “If they fail, the government will have to step up and bail them out the way it stepped up and bailed out the thrift industry.”

The whole article can be seen here.

Almost ten years ago, writer, Steven A. Holmes reported on what was the infancy of what would bring the US to its economic knees some ten years later.  The clarity of his comments are a haunting reminder simple reality checks and what many would now say is common sense business.

Were the choices made then ethical?  As a business ethics speaker, I’m interested in your opinions.

WHAT DO YOU THINK?

This entry was posted on Tuesday, February 24th, 2009 at 12:08 pm and is filed under Bank Failures, Government Bail Out, mortgage fraud, New York Times, subprime. You can follow any responses to this entry through the RSS 2.0 feed. You can leave a response, or trackback from your own site.