Guest Blog: It Depends On What You Mean By “Transparency”

As a business ethics speaker, I, from time to time, am pleased to have guest blogs featured on my site.  Ethics, by definition, are actions whose motivation is based on ideas of right and wrong.  In politics we hear, when someone is seeking election, a litany of ideas who have a fundamental ethics base.  Yet, when push comes to shove, it seems that ethics flies out the window and the politician is face with reality of accomplishing their agenda or operating ethically.  Guest blogger – Rick Krug – shares this in his piece entitled:  IT DEPENDS ON WHAT YOU MEAN BY “TRANSPARENCY” featured below:

As the Obama Administration continues to “duck and cover” over the attempted Christmas Day Boxer Bomber, it now finds itself 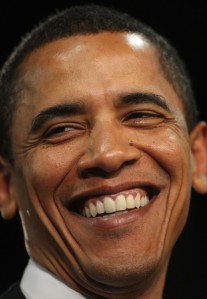 searching for that Cloak of Invisibility regarding the health care debate. Having successfully locked out any Republican opposition by sheer numbers alone, the White House and both chambers of Congress have decided to have “informal” discussions on just how to craft the final health care overhaul. Now, when you read “informal”; this word is roughly translated “secret.”

For months before the 2008 election, candidate Obama was demanding the entire health care debate would be broadcast over C-Span, the cable station dedicated to all things US Government. By now, we have all seen the 8-10 video clips of Obama making this same promise to various rallies across America. When Nancy Pelosi was chosen as Speaker of the House in 2006, she stated, “This will be the most open and transparent government in history.”

Today, on CNN, John Cafferty essentially called Obama and the Democratic leadership liars as he pointed out the American public would not get to see the final outcome of the health care takeover until the secret meetings were over. In case you missed it, read the first sentence of this paragraph again: I said CNN made that charge – I know, you were thinking I said Fox News, right?

In fact, what was supposed to be the crowning glory for Obama and certain to place his face on Mount Rushmore, is now becoming the unmasking of what seems to be nothing more than a Chicago-style thug politician. Seriously, when Obama said the whole heath care debate would be on C-Span, I thought to myself, “wow, how would MCCain ever top that!” For starters, he might have simply kept his word. Is it just me, or does anyone else think the White House and Congress simply don’t care what Americans think….about anything?

So, just what am I missing about the word “Transparency?” I swear I thought it had something to do with being able to witness things in real time. Silly me.

I suppose I should have been suspicious when the 500 page starter yeast of the health care bill bloomed into a 1000 page bill, which, it seems, all those who were to vote on this thing admitted they had not even read. There probably should have been a couple of alarms going off in my head when the Senate version of this takeover sterioded out to over 2000 pages and nearly a trillion dollars. But it took this latest failure of truth to really get my attention. To be sure, there will be enough pork in the final healthcare package to make even Oscar Meyer jealous. But I can guarantee that there will be no Senator nor House member who will have ever read the final version.

We all know that health care is the main focus to the Obama agenda, while, it seems, national security is a minor annoyance, but come on, what in the world does the Pelosi, Reid, Obama product have to hide? Look, when you have a network who, second only to NBC, was as much as throwing palm branches down while the Messiah rode in on the back of Biden, begin questioning the integrity of the man’s promises, now you have a news story. To be fair, CNN could use a boost in the ratings, but Cafferty was no happy camper. Nor should he be, nor should any American be.

We all know campaign promises are usually only hopeful suggestions – “Read my lips, no new taxes” – but this outright lie is in fact an outright lie. One legitimately wonders if Obama ever planned on telecasting anything on C-Span. Then Pelosi said, “This is the most open process ever…” with a straight face. So I ask again, do these folks care even a little about what the American people think? Are we that stupid to them? This issue has carried elitism even farther than Hollywood could imagine.

I suspect the real reason the final debate on the health care plan remains secret is summed up in one word: truth. The Obama administration, the leader of the Senate, and the Speaker of the House simply do not want America to know the truth. They want it secret and they do not care.

All the while, Democrat after Democrat is running for the tall grass – shifting their registration to an ‘R”, or somehow coming to the conclusion it is time to retire. I believe this is the first time I have seen the rats leave the ship before the ship even left the harbor.

YOUR COMMENTS ARE WELCOME! Or to comment directly you can find Rick Krug on Facebook at: http://www.facebook.com/RickKrug

This entry was posted on Friday, January 8th, 2010 at 11:05 am and is filed under Barack Obama, Business and Personal Ethics, politics, Transparency. You can follow any responses to this entry through the RSS 2.0 feed. You can leave a response, or trackback from your own site.

One Response to Guest Blog: It Depends On What You Mean By “Transparency”