Dan Frishberg – the money man – and the IRS? It is that time of year…

Two things…related to Dan Frishberg and the now defunct BizRadio: 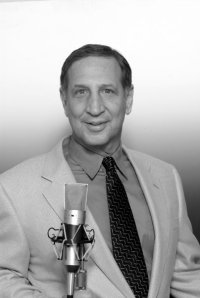 One – tomorrow is April 1st – April fools day – so here’s a question: who is attending Dan’s special “sold out” seminar to be held tomorrow?  If you attend, will you please provide some input into attendance and benefit from the seminar.  You can do that through your comments on this blog or privately share your thoughts by contacting me at chuck @ chuckgallagher.com.

I hope this isn’t an April fools joke – surely there is a seminar tomorrow night?

Item #2 – most everyone knows it’s tax season and if you haven’t filed you’ve got two weeks.  I say most everyone knows…  seems that Wesley Snipes forgot about that for several years and he got sentenced to three years in prison (he’s out on appeal thus far).  But I have some questions that would apply for the 2010 filing season in 2011.  So here goes…

Let me be clear…in no way am I inferring that Dan Frishberg has violated in any way the tax law.  Rather, I am pointing out that the BizRadio sale and “free time” agreement (at least what is public) would likely create a tax implication in the future.

Where is all this going…I don’t know.  What I do know is – there are many victims and a deafening silence from Dan “the money man” Frishberg.  As an ethics speaker and author, I would feel much better if Dan would step up and clear any misunderstandings that might be out there and share with investor “victims” his plan to create wealth for them.

This entry was posted on Wednesday, March 31st, 2010 at 8:45 pm and is filed under Daniel Frishberg, fraud, IRS Tax Issues, prison. You can follow any responses to this entry through the RSS 2.0 feed. You can leave a response, or trackback from your own site.

One Response to Dan Frishberg – the money man – and the IRS? It is that time of year…