What an exciting month this has been for Dan Frishberg!  I mean really!  Dan has moved his program from his home in Houston where his entire business model crumbled under the weight of a massive investor fraud to expanding into the Atlanta and Miami markets.  I will be the first to say that this is a clear miracle.

So Atlanta…let me share with you some information so that you, too, can be informed about the person you hear each morning from 7 to 8 a.m. – perfect morning drive time.

Atlanta –  I’m sure that you can provide a great Georgia welcome to one of the newest additions to Atlanta’s business radio – The Money Man himself – Dan Frishberg!  Formally of BizRadio fame in Houston, Dallas and San Antonio – Dan Frishberg – self proclaimed Money Man has now found a new outlet in Atlanta at 1190 a.m. 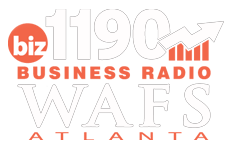 But before the excitement sets in for the new morning drive time sensation, perhaps a few questions should be asked.

Referred to as the Pirate of the Airwaves – an interesting article appeared in the Houston Chronicle by reporter Loren Steffy.  The full article appears here.  For purposes of brevity and full disclosure let’s look at part of Loren’s article which I quote:

The BizRadio Network’s slogan is “the sound of your money growing,” but for about 50 investors, it’s sounding more like their money disappearing.

The AM radio network — which broadcasts investment advice and other business information in Houston, Dallas, San Antonio, Denver and Colorado Springs — received millions raised from investors under false pretenses, according to a lawsuit filed last week by the Securities and Exchange Commission.

The SEC claims that between December 2007 and August of this year, Albert Kaleta and his investment firm, Kaleta Capital Management, sold $10 million in promissory notes, telling investors the money would be loaned to small businesses at 12 percent to 14 percent interest. Instead, the SEC said, it went to the money-losing radio network and an affilated investment advisory firm, Daniel Frishberg Financial Services, also known as DFFS Capital Management.

Kaleta and Dan Frishberg, who appears on BizRadio as “The Money Man,” were among the network’s founders. Kaleta also was part owner and chief compliance officer for DFFS.

To my friends and followers in Atlanta – that is just the tip of the iceberg.  Dan “The Money Man” is under investigation by the SEC and, if my sources are correct, is likely to lose his license as a potential Registered Investment Adviser. 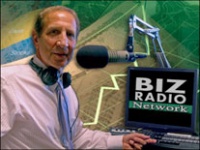 Interestingly enough, Dan Frishberg, in what appears to be an effort to preserve his income from his RIA – DFFS – sold the asset to Barrington Financial Services before the SEC Receiver Tom Taylor could get his hands on the asset.  Tom’s interest is to protect the defrauded investors and work to recover any assets that could be used to make them whole.  To date, Frishberg seems to have protected his income to the detriment of the defrauded – scammed investors.

Loren Steffy also wrote an interesting piece – Beware of those who say beware of Scams.  Here’s the piece for your to review.  What’s ironic and quite amazing is that Dan Frishberg and his cronies are up to their necks in lawsuits and claims of being scammed and perpetrating frauds, yet, Dan must have a teflon tailor in that he seems to slide right past the claims with no consequence.  Example, he’s now on the air in Miami bringing his radio show and skilled investment advice to a new crowd.

Here are two other links that might shed some light on this new morning radio sensation on Biz 1190 a.m.:

So here are some questions for well informed Atlanta listeners to consider:

But here’s the real question – WHAT DO YOU THINK Atlanta?

Perhaps you should voice your opinion – do you want a person investigated for financial misdeeds by the SEC sharing his trade secrets during your morning drive time?

This entry was posted on Thursday, December 2nd, 2010 at 8:08 am and is filed under Al Kaleta - KCM, business ethics, Daniel Frishberg, ethics training, prison, SEC, white collar crime. You can follow any responses to this entry through the RSS 2.0 feed. You can leave a response, or trackback from your own site.

One Response to Biz 1190 WAFS now features Dan Frishberg – Under investigation by the SEC for fraud! Go Figure?