Business Ethics: It is really about more than avoiding prison! Is there a little Bernie Madoff in each of US? A Guest Blog by Corey Richardson

A “Man of The Age” financier is surrounded by mystery and adoring members of the moneyed elite hungry for some of his wondrous returns. This paragon of the business class with The Midas Touch accepts only a few choice clients who seem to wither in his presence as they deliver their accumulated wealth into his magical hands – no questions asked. The returns are beyond belief, and for very good reasons. Unbeknownst to all, this wizard of the market is juggling fraudulent accounts to pay for his lavish lifestyle. The only trading is from their hands to his. The ruse comes tumbling down and the entire nation is stunned. 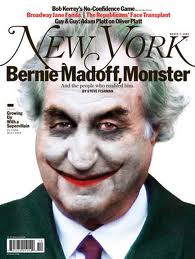 The scoundrel portrayed above is Charles Dickens’ character, Mr. Merdle of Little Dorrit, first published in 1857. Dickens foretold the Madoff scandal verbatim in his quintessential corruption tale, but this iniquitous business leader is an age-old archetype, and we, like Dickens, find it easy to vilify him due to the magnitude of his crimes; No stealing a crust of bread for this villain. At its polar opposite, take the “common criminal,” the savage monster seen today in T.V. cop shows, the local news, and innumerable B-movies. This standard is bloodthirsty, drug- crazed, and has a soul as black as night.

Dickens’ work is also replete with such characters.  The beauty of these caricatures is that we cannot find ourselves in either. They conveniently represent “other.” All the while we can sit comfortably in our living rooms with our sense of moral rage because we do not bilk venerable charitable funds and we do not cook meth in our kitchen. Yet, it can be argued that if we truly strive for a better world, then we need to go well beyond the knee-jerk reactions of these scenarios, and find ourselves in the moral conundrums.

Stricter regulations of the financial sector and more accountability, gun control legislation, sensible criminal sentencing laws, affordable drug rehab, etc., are important factors, but are only part of the solution. Even focusing on improvements to education and social services, which have been shown to be extremely important in crime prevention within certain groups, is still only a small part. To thoroughly understand what drives people as different as Kenneth Lay or a Gov. “Blago,” as well as a gun-totting inner-city kid with a pocket full of dope, we must understand root causes of criminal behavior, thus pointing the way for our next generation of leaders- and evaluate ourselves in our own business affairs.

“What causes criminal activity, and. who are these people who commit crimes against our society, such as … ” taking items from work, “fudging” on taxes, paying for non-business activity with a business account, inflating an insurance claim, switching labels at a store, producing unsafe products, “padding” a bill, or any number of violations of legislated standards for personal gain committed by everyday people.

Due to perception, universally known within psychology as the fundamental attribution error, these crimes are given little thought by those who commit them.   Joe Citizen justifies and minimizes these activities as “bending” the rules. And this is where we see the attribution error in effect: we tend to overestimate the role of personal factors and underestimate the “influence of situations in others, and we overestimate the situational factor and underestimate the personal factor in our own circumstances. It is the age-old “We judge others on their actions, and we judge ourselves on our intent.” Or I’m bending the rules, and he is breaking the law.

This phenomenon is not unique to the middle and upper socioeconomic strata, and equally applies to the poor. A drug dealer feels that his activities, though illegal, are still a legitimate means to earn a livable wage within his community.  The same could be said of any accountant or lawyer who “tweak’s” the system to make a little money. So, getting a television set off the back of a truck in the ghetto looks much like another’s decision to not claim income on a second job. It is all about perspective.

As we address the problem of the business class, we can facilitate the much-needed change in perspective with some cold, hard facts. Business leaders do not need to be as extraordinarily crooked as Madoff to affect a, huge societal burden. Study after-study demonstrates that “white collar” or corporate crimes, as well as middle-class crimes, ranging from tax evasion, insurance fraud, price fixing, inventory “shrinkage” (what a euphemism!), etc., weigh much more heavily than the number one Index crime, conventional property crime. Index crimes are known also as “street crimes.” They are highly visible crimes, easy to categorize and count, and are overwhelmingly committed by the poor. White collar crimes, by contrast, are difficult to detect and rarely prosecuted. Still, the economic yearly cost with respect to property crimes of the corporate America are approximately twenty times greater than conventional property crimes of index offenses, or a difference of $200 billion to $10 billion annually.

Having completed a fully accredited MBA program via a distance-based education format, I need to share that – this accomplishment – was done from an 8′ by II’ prison cell.  I was an inmate and like most “on the inside,” I readily justified my criminal acts, which occurred within my professional life, as did the drug dealer or the burglar.  So, as I approached my Business Ethics coursework, I did it with the secure knowledge that I committed a crime. This perspective, and the belief that my professors would judge my answers too with this in mind, gave me a keen eye in studying ethical queries in business.

I believe that when most students answer questions related to ethical foundations or detail their understanding of their own personal values, they do it from a perspective that they themselves could not possibly commit a crime. Such activities, such as smoking pot in the college dorm or not claiming wages from a summer job paid “under the table,” are simply not considered as crimes, which they are. Again the attribution error: “My (illegal) acts are not illegal, and certainly not unethical.

Everybody does it. It is no big deal.” And so forth. To cultivate a true ethical North in business, we must broaden our perspectives, and when an ethical dilemma arises, we can perceive it as such. No different from operations management or strategic planning. An appreciation of multiple perspectives — proffers a grand wealth of insight that will carry our next generation of leaders.

As a convict, my daily life is a direct result of criminal acts related to my work. In my studies, I can clearly see the untold millions that are affected by one unsafe product, but I can also appreciate how one man can justify criminal acts as a bad business decision, rather than a pathological act for profit with no respect for the law. To open the eyes of CEOs early in their training to the easy comparisons between corporate crime and “street” crimes, as well as offer tangible proof of the enormous societal burden of white-collar crime, would be of immeasurable value. In teaching business ethics, we must go well beyond the bland terms and definitions and the prosaic personal litanies of “What I value in the world.” We must make the coursework truly applicable and create managers and business leaders who intuitively understand how ethics within Corporate America are just as important, if not more so, as profit margins and supply chains.

Clearly, when I understand myself, I can understand Bernie Madoff or Kenneth Lay.  I believe the same could be said of us all. The equation is simple: Unbridled Financial Gain plus Opportunity, then Add the Likelihood of Detection and Fear of Prosecution. Embracing the truth of unlawful acts in our everyday lives, be it business or personal, is much harder to do than to merely vilify in a fanciful Dickensian way the corporate or government leader who betrays our trust, or even the dope dealer of the inner cities. But it will help to create leaders who view all of their work and life through a lens of principled behavior. We must begin to see the situational nature of all criminals acts, and therein lies the beginning of meaningful solutions. It is not enough to alter the number of opportunities to steal or the severity of the requisite penalties, but to go further by changing what stealing looks like by different people, changing the perceptions of illegal gains, and infusing the intrinsic value of ethical behavior.

When we see that all of us have a little of Bernie Madoff in us, only then can we begin to view our world more clearly and begin to make authentically ethical decisions as we lead our companies and organizations. We may even make significant changes in our personal lives.

Business Ethics: It is really is about more than avoiding prison. 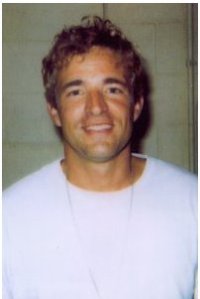 Corey John Richardson is a former clinician, who holds a Master’s Degree in PA Studies from the University of Nebraska’s College of Medicine (Omaha) and a Bachelor’s Degree in Health Science/PA Certificate from the University of Florida’s College of Health Related Professions (Gainesville). He holds an MBA from Salve Regina University’s Graduate Business School (Newport, RI) and has completed doctoral health science coursework with a focus on prison healthcare at Spalding University (Louisville, KY). Mr. Richardson’s work has been incorporated into criminology courses at the University of Cincinnati and has been included in CURE’s congressional file on correctional healthcare in support of HR 3710. He has performed medico-legal consulting and has legal experience assisting prisoners in various civil and criminal actions. As a pro se litigant, he won a precedent-setting case on appeal against the Kentucky DOC and its Abuse of Power (published at Richardson v. Rees, 283 S.W. 3d, 257). He has also worked as a facilitator in numerous psychotherapeutic and rehabilitative programs.

Mr. Richardson has written widely about prison issues and sobriety for publications such as Spotlight on Recovery, Cell Door Magazine (the official publication of the National Death Row Assistance Network), T’he Kentuckiana News, Perspectives (the official journal of the Association for Humanistic Psychology), The Grapevine (Alcoholics Anonymous’ international publication), The Long Term View: A journal of informed opinion (Massachusetts School of Law at Andover), OUTlooks (Canada’s GLBT magazine), and others. Several of his essays have been published in the book Voices Through The Wall and he won 1st Prize in the Ford Foundation’s 2OO9 national writing competition Think Outside the Cell, published in Love lives here, too. (2010)

Mr. Richardson maintains his writing at coreyrichardson.blogspot.com and may be reached at coreyjohnrichardson@gmail.com. In 2001, he was convicted of crimes related to practicing medicine without a license and served 122 months in the Kentucky Department of Corrections; his supervising physician was given a probated sentence. Mr. Richardson has 13 years of continuous sobriety on July 14, 2011.

Notes: This data was taken from Messner &amp; Rosenfeld, Crime and the American Dream 31; and Jay S. Albanese, White Collar Crime in America  (Englewood Cliffs, NJ: Prentice Hall, 1995) 85. As such, the exact figures are less applicable given that we are well into the 21st Century, but are still valuable as a comparison of index crimes to corporate crimes.

This entry was posted on Sunday, July 24th, 2011 at 12:08 pm and is filed under Bernie Madoff, business ethics, ethics, Financial Crisis, Financial Fraud, fraud, Fraud Pure and Simple, Madoff, New Website, ponzi scheme, prison, white collar crime. You can follow any responses to this entry through the RSS 2.0 feed. You can leave a response, or trackback from your own site.

3 Responses to Business Ethics: It is really about more than avoiding prison! Is there a little Bernie Madoff in each of US? A Guest Blog by Corey Richardson