MARIA ROSA ESTEVES, 41, of Bridgeport, was sentenced to 12 months and one day of imprisonment, followed by six months of home confinement and three years of supervised release, for embezzling more than $450,000 from the bank where she was 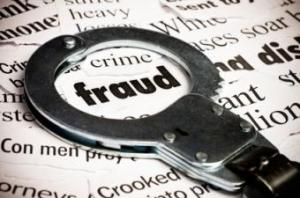 employed.  ESTEVES also was ordered to pay full restitution, and to perform 60 hours of community service during her term of supervised release.

According to court documents and statements made in court, ESTEVES was employed by People’s United Bank from 1993 to 2014.  Beginning in 2006, ESTEVES worked primarily in the bank’s Adjustments Department, ultimately holding the title of Lead Adjuster with responsibilities that included arranging for bank cashiers’ checks to be issued to customers when a customer’s account needed to be adjusted.  ESTEVES used her position in the Adjustments Department to embezzle $452.122.08 from the bank by causing the bank to issue cashiers’ checks that ESTEVES would then use to pay persons or entities that she owed money to, including her utility company, homeowner’s insurance company and mortgage providers.  ESTEVES also embezzled money by depositing cashiers’ checks into bank accounts she controlled and from which she, or others associated with her, were able to access the funds.  In total, ESTEVES misappropriated more than 300 cashiers’ checks.

ESTEVES was ordered to report to prison on March 2, 2015.

On August 14, 2014, ESTEVES pleaded guilty to one count of embezzlement from a federally insured bank.

This entry was posted on Tuesday, January 20th, 2015 at 5:38 pm and is filed under Uncategorized. You can follow any responses to this entry through the RSS 2.0 feed. You can leave a response, or trackback from your own site.