Every honorable profesison has it’s “bad apples.”  I can speak those words as truth – as I too have brought shame to my former profession.  But, as I say often in my speaking presentations – EVERY CHOICE HAS A CONSEQUENCE!

According to the US Attorney in the Northern District of Texas, two chiropractors, who operated clinics in Arlington and Haltom City, Texas, were indicted this week on charges related to their participation in a staged accident scheme.  Minh Huynh, also known as Michael Huynh, 37, was charged with three counts of health care fraud, one count of conspiracy to commit mail fraud and one count of mail fraud. Thien Tuan Vo, also known as T.T. Vo, also 37, is charged with one count of health care fraud. 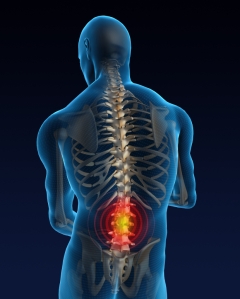 In most frauds the guilty party gets involved slowly.  There are three components to most any fraud: (1) need; (2) opportunity and (3) rationalization.  While I don’t know these men, my guess (from years of experience) is that they started small and found out that others would collude to make the fraud work.  Staged accidents frauds are common and most are discovered.

The indictment further alleges that Huynh paid kickbacks to a legal assistant at a law firm for each client referred to him. It was agreed that the amount of the kickback would be a portion, ranging from 30% – 50%, of the settlement funds paid to the chiropractor from the law firm. Huynh would routinely inflate billings to compensate for the kickbacks he agreed to pay for the referrals. The Settlement Disbursement form the firm provided to its clients, along with their settlement check, concealed and failed to disclose the kickback arrangement and deprived the clients of their full recovery from the settlement.

While an indictment is an accusation and a defendant is presumed innocent until proven guilty, rarely does a grand jury issue an indictment without a guilty verdict.

Every choice has a consequence.  It’s sad that these two taint the profession, but it is important to not that they (if guilty) are not the norm.  Unfortunately health care fraud is rampant.  Choices and consequences – you do reap what you sow.