In the heartland of our country the east will take on the west, the experienced Washington insider take on the Alaskan outsider to inside belt line politics and the outcome could be a deciding factor in this hotly contested presidential race. 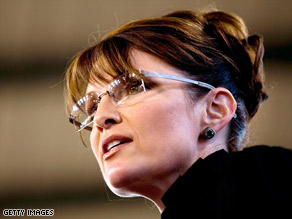 Palin is articulate (something that as a speaker I like), a self proclaimed outsider and someone who has shown that she is not in full command of what is going on politically. Now, by no means am I saying that she is dumb or incapable of serving as Vice-President, but she is earning her stripes as a political newcomer and outsider by some of the comments and answers she gives. Yet, with all of her missteps, she is gutsy and has infused energy into the McCain campaign – something it desperately needed. The question is – will Sarah Palin step up to the plate and hit a home-run for the team or strike out leaving her team flat.

Palin’s interview gave the vice presidential candidate a chance to showcase elements of her life story and demonstrate some of the folksiness that’s been central to her political success.

It’s exactly the kind of interview that voters can expect to see from the governor in the coming weeks, according to a Palin adviser, who recognized that there is hunger in Republican circles and among the public at large to see a less-scripted, more authentic candidate. 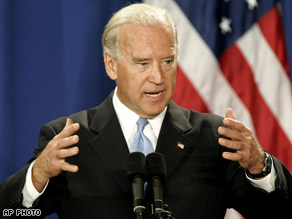 Biden, on the other hand, has years of experience inside the belt line and, most would say, ignoring political choices, would come across Presidential due to his age, experience and understanding of how Washington works. Those attributes could be Biden’s assets, but too many they are substantial liabilities. CNN states in an article:

For the Democrats, Biden has served in the Senate for 35 years. His biggest challenge will be to stick to the script. He’s known for making off-the-cuff remarks, including some gaffes.

Either way, the debate tonight should be noteworthy. It’s odd to observe, but Obama (a newcomer to the political scene) selected an experienced insider as his running mate. On the other hand, McCain (an experienced Washington insider) selected a new comer as his running mate. It seems both candidates are playing a balancing act that has significant ramifications. I’m sure that both candidates are a bit nervous about how the person in their court will do.

With the economy in the tank and more negative publicity floating in the media than one can keep up with, it would appear that Obama has the potential for taking the lead. Perhaps tonight will give American’s more information with which to make this all important decision.

Government to INCREASE Credit Limit to Fund BAILOUT – Does That Make Sense?

McCain, Obama, Bush and other leading lawmakers are talking about a bailout of our credit markets – and with some exception all seem to feel that it is needed.  Perhaps!  But does it make sense to increase out debt ceiling in order to fund non-government bad debt? 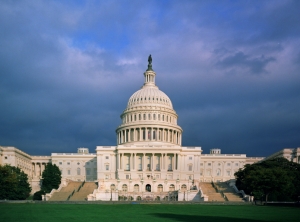 According to CNN – “Rep. Barney Frank, a high-ranking Democrat, said he is convinced that by Sunday, lawmakers will reach a deal on the proposed $700 billion bailout of the nation’s financial system.”

The source said that when a plan is reached, Congress will not authorize a full $700 billion expenditure at once. Instead, it will be broken into a series of smaller transactions. The amount of the initial allotment continues to change, the source said.

The talks had stalled after House Republicans said they couldn’t go along with plans devised by the White House. Later, congressional leaders on both sides said they would send representatives to take part in negotiations.

Regardless of comments from private citizens, it appears that we, as a country, are hooked on debt and this bailout will happen.  The concept of paying for what you consume is dead.  The increase in the debt ceiling would make it such that (if it had to be paid back) each American would shoulder some $38,000 each to pay the debt.  Nothing is free and make no mistake that a bail out is nothing more than the Government propping up failed private business failures.  The whole process is much like maxing out your credit cards – having collection agents call – and solving the problem by getting a new card with a higher limit.  The problem isn’t solved…it’s only an illusion.

It’s not a Republican problem or a Democrat problem – the problem is we don’t have, as a nation, the will to be fiscally responsible and until we do so – we will continue to burden ourselves and our children with debt.

As a business ethics speaker I often say: Every choice has a consequence.  That is true for individuals, company’s and governments.  Debt must someday be paid or we will be owned by the lender.  Maybe someday our politicians will have the ethics to stop our policies that continue to increase our debt and begin to operate in a manner that respects those who are governed.