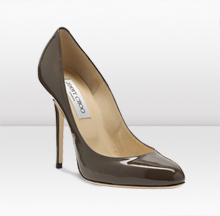 From living with Emily’s mother to owning a series of large homes and a condo in Dallas, the Reads had a dramatic change in lifestyle.  From a $1.2 million home, to expensive cars, to a recreational vehicle, to designer clothes and Jimmy Choo shoes – the Reads enjoyed life in a way few experience.  But where did the money come from?  According to the Reads their new found wealth came from a trust fund her father left to her.  Reality…well there was no trust fund only embezzlement or theft!

Seems that Emily worked as a bookeeper for the fitness clubs referred to as the Reaction Fitness Clubs.  During that time she wrote a large number of checks from the club and either would cash the checks or deposit them into their personal accounts.  Likewise, they used funds from the club accounts to pay for their personal credit cards and purchase other luxury items.

EVERY CHOICE HAS A CONSEQUENCE!

Emily J. Read – now Chad Read’s ex-wife – was sentenced in September 2009 to 41 months in federal prison and ordered to pay

Chad Read was sentenced in December 2009 to 18 months in federal prison and ordered to pay restitution remaining of $15,000.

Obviously, both husband and wife were convicted and sentenced.  But, since Chad received a substantially lower sentence (in terms of time spent in prison), was it possible that he was not fully aware of the crime being committed by his (now) ex-wife?  And, what motivated Emily to change her former lifestyle and enter into an obvious life of crime?  Lastly, how was she so easily able to effect the crime?

There are three components of a white collar crime – NEED – OPPORTUNITY and RATIONALIZATION.  In this case, it is clear that Reaction Fitness Clubs did not have sufficient internal controls opening the door to “opportunity”.  Seems that Read had free reign and, management must have been asleep at the wheel in order for a fraud of this magnitude to have gone undetected for so long.

To avoid fraud you either have to have someone so strong in their ethical beliefs or foundation that they won’t cross the line or you have to eliminate one of the three components – and in this case the easiest way to have avoided this disastrous consequence would have been the elimination of opportunity.  Any good CPA or business owner knows that internal controls are there to protect the business assets and preclude the likelihood of succumbing to temptation.

I can’t address the Read’s need or rationalization, but had sufficient controls been put in place, Emily would not have easily had the opportunity to effect her massive life changing fraud.