Over the past several years there appear to have been a proliferation of incidences of white collar crime.  And, with increasing amount of fraud have come longer and longer sentences.  What seemed to be the overwhelming example was the sentence given to Bernie Madoff – 150 years.  But, Bernie’s sentence doesn’t come close.  Norman Schmidt got 330 years for his role in a huge investment scam.  But, convicted life-insurance swindler Sholam Weiss has time on his hands — 845 years, a record for white-collar crime.

But, along with sentences handed out seem to come legal requests for sentence reductions.  On March 24th, 2010, Weiss’s attorney appealed for his client to be resentenced in hopes of shaving off a little time — about 800 years  worth – and he’s not the only one.   Barry Stokes, former CEO of 1Point Solutions, is currently serving a 12 ½-year sentence for siphoning $19 million from the savings accounts of others and claims he must be released from prison to seek proper medical attention.

Likewise, Gordon Grigg’s wife, Mila Grigg stepped up to the plate for her husband, citing a Nashville Post story from September that reported U.S. District Judge Robert Echols gave Stokes a reduced sentence because he cooperated with investigators and had no prior criminal history.

Let’s look at these three in brief.  The questions are:

According to the Associated Press: 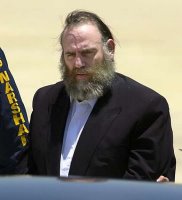 Weiss was sentenced to 845 years in prison in February 2000 by a federal judge in Florida who said he should be removed permanently from society. Of course, Weiss wasn’t in court at the time. He had fled overseas while a jury was deliberating.

Weiss and six others were convicted or pleaded guilty in a plot that caused the 1994 collapse of the National Heritage Life Insurance Co. and cost many of the Orlando company’s 25,000 customers their life savings.

He disappeared after his nine-month trial but before the jury started deliberating. He was found guilty of all 93 counts of pocketing $125 million and given a sentence that the Department of Justice says is likely the longest ever handed down for a white-collar crime.

While on the lam, he settled in Brazil and traveled to Israel, Belgium and the United Kingdom. Investigators tracked him to Austria, where he was captured in October 2000. He was a shadow of the 260-pound man they had sought — he had lost 50 pounds, shaved his beard and had documents that identified him as Charles Dick.

Now what?  First, you have to wonder if he has a chance at a sentence reduction.  First pass…the answer would be NO!

Found by Austrian authorities his attorneys want the 11th Circuit Court of Appeals to order a new sentencing hearing hoping a judge would use different guidelines that would give him a sentence closer to 35 years or so.  But the question is – why would the government do that considering Weiss’s actions prior to sentencing.  Talking about not wanting to take responsibility…! 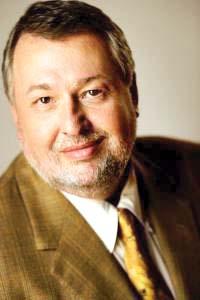 As guards brought former 1Point Solutions CEO Barry Stokes down the the 8th floor corridor of Nashville’s federal courthouse this morning, he noted a scale model of the replacement courthouse that the feds have had on the drawing board for some years now. Stokes wondered aloud when the long-delayed structure would be built.

“You’ll probably be out of prison by the time they break ground,” one of his escorts sarcastically remarked.

To which Stokes replied, in apparent sincerity: “I’ll be out by midnight.”

U.S. District Judge Robert Echols this evening proved Stokes prescient, if not entirely accurate. Turning aside prosecution pleas for a sentence of nearly 22 years, Echols sentenced the admitted fraud artist to 12 and a half years in a federal penitentiary for engaging in a five-year scheme that drained some $19 million from the retirement savings accounts of thousands of people.

In his handwritten court filing labeled “motion to receive documents for appeal,” Stokes said doctors have discontinued his medication and he has concluded the only way he can receive the proper treatment “is to file appeal and get out [of prison].” Stokes then requested necessary documents to file for an appeal.  The basis for his claim is that he was transferred in prison and they discontinued his medications prescribed to him by Nashville doctors, causing him to pass out and require five days in the hospital.  He states further that he was told by Nashville physicians that he required care by specialists, “none of which practice in Southern Illinois.” (where he is now located).  Stokes said doctors found cancerous tumors on his thyroid and liver, and removed his thyroid but “they refused to operate on his liver as it was beyond their skill set.”

This is not the first time that Stokes has sought a sentence reduction due to health concerns.

Candidly, I don’t doubt the last comment as medical care is prison is minimal at best.  There is not attempt at heroic life saving attempts.

Then there is Gordon Grigg who I have written about both pre and post sentence. 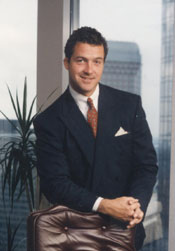 Gordon Grigg, the former “life coach” and financial advisor who operated ProTrust Management Inc., will spend the next 10 years in jail followed by three years of suspended release.

Sentencing guidelines had called for between 78 and 97 months in jail and two years of suspended release. In her sentencing, Judge Trauger noted Grigg’s pattern of preying on vulnerable people and said his use of religion was an aggregating factor.

“It is not a violent offense, but it has done violence in many ways to his victims,” Trauger said from the bench. “This case had a more vicious twist than Madoff.”

During today’s sentencing hearing, Grigg victims from California, Illinois, Arkansas, North Carolina and Tennessee told of their experiences with him, painting a picture of a man who fashioned himself a savior during troubled times.

Rita Jorgensen of Franklin said Grigg “made a mockery of my faith, quoting scripture all the time.” And Steve Weiland, a former pilot now living in Davidson, N.C., said Grigg “came clothed in Jesus Christ, as a brother in God. He said, ‘I’m praying for you and I’ll take care of you.’ Well, he took care of me alright.”

A sentence beyond the “guidelines” – motivated by what the judge cited as a “pattern of preying on vulnerable individuals, people in crisis in difficult spots in their lives.”  Likewise, the judge used as a basis for an upward departure Grigg’s “use of religion” to perpetrate his fraudulent scheme.

Grigg claims in his Motion for Release pending appeal the following:

The Nashville Post reports the following related to Grigg:

Mila Grigg blames her husband’s lawyer for not delivering to the judge “numerous letters” that would have provided Trauger “a clearer idea of his character, his life, his ability and his desperate desire to pay restitution.”

Had Trauger received such letters, Mila Grigg said, the judge would have learned that the Grigg she sentenced to prison “work[ed] with troubled youth in North Carolina” and “coached [soccer] teams where his own children were not playing and never charged a penny … ” — among other claims.

Mila Grigg went on to claim, “His current sentence victimizes the victims who need restitution, and it is our prayer that you hear his sentencing again. This sentence was not a just sentence based on all I know about my husband and all our attorney told us that he had submitted to you.”

Mine is not to judge.  As most of my readers know – I served a federal prison sentence with probation following.  I know what these men are going through and hope that those – who will be free someday – can gain from their personal experience and use their future choices to help others.  Meanwhile – if you have been connected to either Sholam Weiss, Gordon Grigg or Barry Stokes – as a friend, relative or victim – MAKE YOUR VOICE HEARD.  Share your thoughts on whether a sentence reduction is appropriate.