According to stories that have been released on major media outlets – James Arthur Ray has been sentenced to two years in prison for his involvement in several deaths in a sweat lodge incident.  Excerpts from a CNN report are shared below:

(CNN) — A judge sentenced a self-help expert to a total of two years in prison Friday for his role in the deaths of three people in a 2009 sweat lodge ceremony in the Arizona desert.

The judge instead imposed three two-year terms, to be served concurrently.

Ray and his attorneys asked for probation, but Judge Warren R. Darrow said the evidence shows “extreme negligence on the part of Mr. Ray.”

“A prison sentence is just mandated in this case,” he said.

During the trial, prosecutors argued that Ray’s recklessness caused the deaths of Kirby Brown, 38, of Westtown, New York; James Shore, 40, of Milwaukee; and Lizbeth Marie Neuman, 49, of Prior Lake, Minnesota. At least 15 others who took part in the sweat lodge ceremony became ill.

The lodge, made of willow trees and branches and covered with tarpaulins and blankets, was heated to a perilously high temperature, causing the participants to suffer dehydration and heatstroke, prosecutors alleged.

Ray tearfully told the court that he has “no excuse” for what happened that October day or since.”At the end of the day, I lost three friends, and I lost them on my watch,” he said. “And whatever errors in judgment or mistakes I made, I’m going to have to live with those for the rest of my life.”

Ray asked Darrow to sentence him to probation, saying he is no threat to society and promising never to conduct another sweat lodge ceremony again.

“It pains me beyond belief to be here today, with the best of intentions gone wrong,” he said.

Before Darrow announced his judgment, prosecutor Sheila Polk characterized Ray as a dangerous “pretender” who had cast himself as a victim of an overzealous prosecution.

And relatives of the victims told Darrow that Ray has done little to redeem himself and that he deserved the maximum possible sentence of nine years in prison.

“My heart’s been ripped out. My life has been blown apart, and the pieces are yet to land,” said Virginia Brown, Kirby Brown’s mother.

As I share in my seminars – “Every Choice Has A Consequence” – based on the published facts and circumstances – what do you think about the James Ray sentence?  YOUR COMMENTS ARE WELCOME!

James Ray – Guilty of Negligent Homicide – What’s Next for the Self-Help Author? What’s to be Learned from this Tragedy?

At times even the best intentions can result in unintended consequences.  The question here is whether Self-Help author and speaker, James Ray, became blind to the risks and was too focused on the outcome?  This week Ray was found guilty on three counts of negligent homicide in the deaths of three people who died at his sweat-lodge event near Sedona in October 2009. 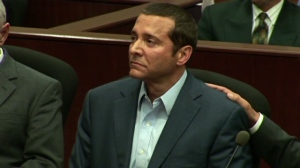 A charge of negligent homicide could carry penalties of up to 11 years. He was found not guilty on three counts of the more serious charge of manslaughter.

It took jurors a bit less than eight hours over two days to reach their verdict.  When the verdict was announced, Ray was not taken into custody but rather allowed to remain free on bail.

The sweat lodge was the culmination of a five-day “Spiritual Warrior” retreat near Sedona, for which some 50 participants had paid up to $10,000 each to attend.  Participants in the sweat lodge gathered in a long, low, wood-framed structure covered with blankets and tarps. Stones were heated on a fire outside, then brought in by volunteers before each of eight roughly 15-minute rounds and placed in a hole near the center. Ray controlled the length and number of rounds, the number of stones used and how much water he poured over them to create steam.

James Ray conducted these sort of ritual processes – this was old stuff to him.  People flocked to him to for the experience and knew that there were risks.  Yet, none anticipated those experiences would include their death.  So…with all the publicity what are the practical ramifications?  Did Ray become callous to the risks and fail to see the obvious warning signs as people passed out?  Is it possible that we can become so caught up in the illusion of what we do that we miss the obvious?

And, regardless of the Jury’s guilty verdict – do you think Ray should serve time in prison or be sentenced to probation?