Second Chances? Barack Obama to Michael Vick – Have We become a Compassionless Country?

Well, for a guy who believes in Second Chances (hence the title of my new book – Second Chances) I was shocked and saddened at the media storm or fire related to Barack Obama’s comments praising giving folks – namely Michael Vick – a “Second Chance.”  As a nation have we become so full of hate and intolerance that we no longer can tolerate the idea that “Second Chances” are worth aspiring toward?

So this past Monday the following was reported by the Washington Post – quoted here: 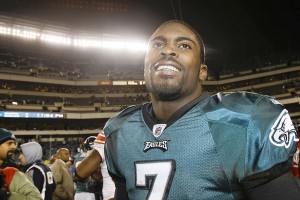 On Monday, the buzz was about how the president had weighed in on the redemption of Michael Vick. Obama phoned the owner of the Philadelphia Eagles to praise the team for giving a second chance to the quarterback, who is again a National Football League star 19 months after leaving prison for his role in a horrific dogfighting ring that killed pit bulls by electrocution, hanging and drowning.

The president has not spoken publicly about the call, though aides acknowledged that it took place. But Eagles owner Jeffrey Lurie told Peter King of Sports Illustrated and NBC Sports that during their conversation Obama was passionate about Vick’s comeback.

“He said, ‘So many people who serve time never get a fair second chance,’ ” said Lurie, who did not indicate when the call occurred. “He said, ‘It’s never a level playing field for prisoners when they get out of jail.’ And he was happy that we did something on such a national stage that showed our faith in giving someone a second chance after such a major downfall.”

While I may not agree with a great deal of what the President says – in this case he’s right!  Rarely do those who serve time get a “fair second chance!”  But AND THIS IS IMPORTANT – “Second Chances” are not just about those who have committed crimes and done their time.  Obama’s comment that “we did something on such a national state that showed our faith in giving someone a second chance after such a major downfall” is really at the heart of the matter.

But, with such compassion stated by our President – the firestorm begins.

So what’s the fallout of suggesting that it is good to give folks a “Second Chance” – enter FOX News broadcaster Tucker Carlson, who said: “Michael Vick killed dogs in a heartless and cruel way. I think, firstly, he should have been executed for that. The idea the president of the United States would be getting behind someone who murdered dogs is beyond the pale.”

Stop!  Media extremism is in play here.  Let’s get the ratings and buzz huh Tucker?  Dumbass statement that Vick should be executed is nothing more than an UNETHICAL PLOY to sensationalize a true heart-felt comment by Obama.  Have we come to be so angry and so hard-hearted that we will take the opposite opinion of anyone who does not share our ideological belief.  Wonder if Obama had said that he felt Vick should be banished to a desert island never to return to the US – would Tucker have then found it in his heart to give Vick a “Second Chance”?  Is it about coverage and opposites – winning or losing – black or white?  Have we fallen that low as a country?

What about “Second Chances” in other areas – love, being a father, recovery from cancer – Is the concept of getting a “Second Chance” becoming foreign to Americans?  Or is it the media that finds that NO SECOND CHANCES make for better ratings?  If it were his child that needed a “Second Chance” I think Tucker’s words would ring hypocritical this week!  Tucker what about it?  Care to comment?

BUT TUCKER’S NOT THE ONLY ONE…!

Reported in the LA Times –

But Bill Smith, the founder of Main Line Animal Rescue in the Philadelphia area, bristled at Obama’s characterization that the Eagles’ signing of Vick was motivated by wanting to give a convicted felon a second chance.

“If he couldn’t throw a football, he wouldn’t have had a second chance,” said Smith, who organized a campaign last season to collect food for animal shelters every time Vick was sacked on the field. “This isn’t about giving anyone a second chance; it’s about who can make the Eagles organization more money.”

Now I’m an animal lover, but the jaded view that it is only about money just doesn’t hold water.  Obama’s point was that Vick is a national figure and that showing compassion and providing a “Second Chance” is something worthwhile.  Vick isn’t the only one who’s been giving a “Second Chance” in life, but he is public.  I wonder if Bill Smith’s grandson (just an example) had been imprisoned for selling drugs and released, would he be in favor of him receiving a “Second Chance”?  Seems to me that for Bill it’s about his passion for animals that his view is so jaded?  Maybe I’m wrong.  Perhaps Bill will comment!

By the way, Bill did a great job making Obama’s point.  “If he couldn’t throw a football, he wouldn’t have had a second chance,” is exactly the point, we need someone as a model of what a “Second Chance” could mean and from personal experience, there are far too few people who will stand up and offer a “Second Chance”.  That’s sad!

First, I’ve been to prison for crimes I committed.  I am not proud of that, but it is a very real fact of my life.  It has been nearly 15 years since my release and yes, I have been given a “SECOND CHANCE”!  For that I am deeply grateful each day of my life.  Here’s an excerpt from my new book “Second Chances” that describes the night it became clear that my crimes were discovered and I had to face the truth that I was (at that time) nothing more than a liar and a thief.  It was the darkest night of my soul…

That night was the darkest night of my soul. That call that I shared didn’t make it better. It didn’t eliminate the consequences. It didn’t remove the pain. Rather, it gave me hope, hope that if I could make poor choices that would, most certainly, bring painful consequences, I also possessed the power to make positive choices with positive results.  His comment to me still resounds in my heart today. He said, “You have made a terrible mistake, but YOU are not a mistake! The choices you make moving forward will define your life forever and provide the foundation for your children’s lives. Think carefully as you make this choice!”

When he said to me, “YOU are not a mistake,” it hit me─while the past cannot be changed, the life we are given and the choices we make moving forward are the only things that count. I felt a burden lifted. I could not change the past; all I could do was face the consequences. It was within my power to make good choices, now and in the future, that would produce a fruitful outcome. That was my destiny!

Do I believe in “SECOND CHANCES” – absolutely otherwise I would not be here and I AM here for a reason!  Perhaps that is the message that Tucker Carlson and others need to get!  We all, at some point in time, need a “Second Chance”!
YOUR COMMENTS ARE WELCOME!